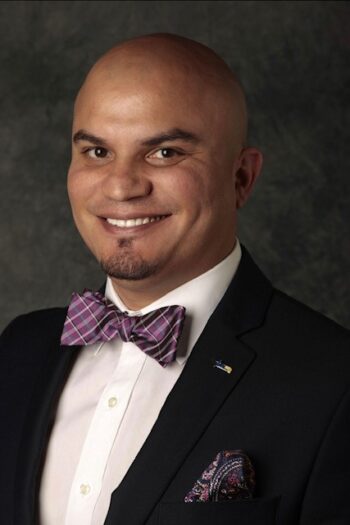 Villalobos comes to Centerstone with more than a decade of specialized experience working with veterans and the military community, most recently serving as the Director of Veterans Affairs for Chapman University in Orange, California. As the chief executive officer of Centerstone’s Military Services, Villalobos will use his vast experience to lead the organization’s delivery of mental health and substance use disorder services to veterans, active duty military personnel, and military families. Villalobos will also be tasked with growing the organization’s partnerships with other military-friendly organizations, including existing partnerships with Wounded Warrior Project and Supportive Services for Veteran Families.

“When conducting our national search to fill this critical role within our organization, Dr. Villalobos was head and shoulders above the other applicants. His personal connection to the military community, his commitment to serve the veteran population, and his previous experience with these groups make him a stellar find. We are excited to have him on board,” said Kevin Norton, chief operating officer of Centerstone.

Villalobos began his academic career at Long Beach City College and holds doctorate and master’s degrees in social work from the University of Southern California, as well as a bachelor’s degree in psychology from California State University – Long Beach. He’s a proud veteran of the U.S. Marine Corps, having served honorably from 1999 to 2003. Villalobos is active in his community and currently serves on the California Community Colleges Board of Governors and Board of Directors for JVS SoCal. He previously served as a committee member for the Department of Veterans Affairs Advisory Committee on the Readjustment of Veterans and as a Board Member for the Los Angeles Community Veterans Engagement Board.