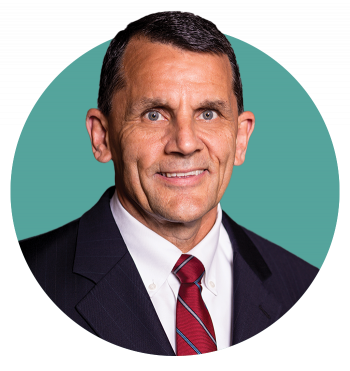 CBHA Board of Directors initiated the Lifetime Achievement Award in 1993 to recognize individuals for their dedication and lifelong commitment to the behavioral health field.

Markley has been a valuable member of Centerstone and its legacy organizations for nearly thirty-seven years, having joined the organizaton in 1985 as Staff Accountant. Since then, he has helped the non-profit grow from a relatively small organization serving just two counties into one of the largest community-based behavioral healthcare providers in the country.

“I have witnessed John’s ascension as a leader and have admired his steadfast commitment to  his spiritual values that guide his personal and professional life. His commitment and dedication to his organization, his staff and to the Southern Illinois communities he so aptly have served for over 30 years deserves to be recognized,” said Marvin Lindsey, chief executive officer of CBHA. “It is with great joy that CBHA gets to honored one of its longtime leaders of our association and someone that I truly respect and admire.”

Markley is responsible for the leadership and operational oversight of Centerstone’s clinical divisions, specialized services, as well as strategic business development and fiscal accountability.

Centerstone helps children, adolescents, adults, seniors, and their families who suffer from a myriad of behavioral health challenges, providing a full range of mental health services, substance use treatment, intellectual and developmental disability services, housing, educational services and community supports for people of all ages.

The award was recently given to Markley during the CBHA annual conference in Schaumburg.