Survivors of suicide loss: Tools that can help 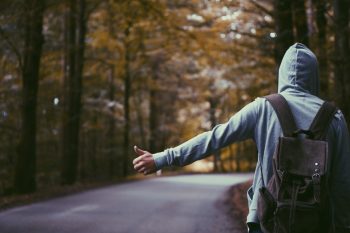 The Saturday before Thanksgiving is International Survivors of Suicide Loss Day. At Centerstone, we recognize this day as an important opportunity to spread messages of hope and healing to survivors of suicide loss, to discuss the significant impact of suicide, and to dispel some of the myths surrounding this all-too-common tragedy.

“A recent research-based estimate suggests that for each death by suicide in the United States, about 135 people are exposed to the event, or 6.9 million people annually,” said Jenna Farmer-Brackett, Centerstone clinical excellence manager. “That means that 40 to 50 percent of the U.S. population has been exposed to suicide.”

She emphasizes that the sheer number of survivors of suicide loss warrants continuous conversation and attention.

“Suicide is something we must talk about. The more we talk about it, the more we can get comfortable talking about it, and that translates into lives saved,” Farmer-Brackett said.

Since conversations are key in helping the survivors of suicide loss, it is essential to know what terms to use, she said.

“We should stop using the following terms: commit suicide, committed suicide, completed suicide,” Farmer-Brackett said. “That’s because they all have varying degrees of negative connotations and stigmas. Instead, we should use: died by suicide or lost their life to suicide.

“We need to choose better words in these important conversations so that we can listen without judgement and so that we can better support suicide loss survivors,” she said. “We are working to eliminate suicide and one of the important steps toward that goal is to help survivors become more comfortable talking about it, so they can work toward healing and recovery.”

Tools that can help survivors of suicide loss

There are many tools that survivors of suicide loss can use to help manage the powerful emotions surrounding this all-too-common and tragic occurrence. They include:

In Illinois, at least one person dies of suicide every six hours. Suicide is the third leading cause of death for Illinois residents between the ages of 10 and 24.

“More than four times as many people died by suicide in Illinois in 2017 than in alcohol-related motor-vehicle accidents,” Farmer-Brackett said. “The total number of of those deaths attributed to suicide adds up to approximately 30,784 years of life lost before age 65.”

Here are some suicide myths debunked:

According to the National Alliance on Mental Illness, many individuals with mental illness are not affected by thoughts of suicide, and not all people who attempt suicide or die by suicide have mental illness. Relationship problems and other life stressors such as criminal or legal matters, persecution, eviction or loss of home, death of a loved one, devastating or debilitating illnesses, trauma, sexual abuse, rejection, and recent or impending crises are also associated with suicidal thoughts and attempts.

“If you are thinking that all of these reasons sound like the world around us during this pandemic, you are spot on,” said Farmer-Brackett. “There is a lot of concern about how the rate of suicide is being affected by COVID.”

Active suicidal ideation is often short-term and situation-specific. Studies have shown that approximately 54% of individuals who have died by suicide did not have a diagnosable mental health disorder. For those with mental illness, the proper treatment can help to reduce symptoms.

Most people who die by suicide give some warning signs. Therefore, it is important to learn and understand those signs. Many only show warning signs to those closest to them, but those loved ones may not recognize them. When that happens, the suicide may seem sudden or without warning.

“That is not to say that it is anyone’s ‘fault.’ Our aim is never to pass judgement,” Farmer-Brackett said. “Our goal is to stress the importance of education and of talking about these things so as to prevent future tragedies.”

“Individuals who experience suicidal ideation do not do so by choice,” she said. “They are going through a very serious, difficult time in life and they need our help, not our judgement.”

“There is a widespread stigma associated with suicide and as a result, many people are afraid to speak about it,” Farmer-Brackett said. “Talking about suicide not only reduces that stigma, but also allows individuals to seek help, rethink their opinions, and share their story with others.”

“Suicide most often occurs when stressors and health issues converge to create an experience of hopelessness and despair,” Farmer-Brackett said. “While depression is the most common condition associated with suicide, other conditions like anxiety and substance use issues, especially when unaddressed, increase risk for suicide.

“It’s important to note that most people who actively manage their mental health concerns go on to engage in life,” she said.

“Myths and misinformation can affect how much people elect to tell their service providers. Some fear that talking about suicidal thoughts will either be dismissed or will generate a knee-jerk reaction of hospitalization,” Farmer-Brackett said. “But that silence can be devastating and impact the care received.  We all need to talk more about suicide.”