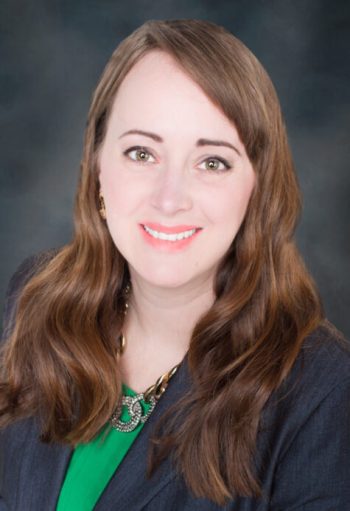 Dalus Ben Avi, director of marketing and community engagement for Centerstone, has been presented with the Young Professional Leader Award from the Marion Chamber of Commerce.

In her role as director of marketing and community engagement for Centerstone’s Illinois region, Ben Avi develops and implements new strategies for marketing, community outrach and both internal and external communication campaigns. She also promotes and advances Centerstone’s mission, serving as a liaison to legislators on key issues.

Ben Avi received the Young Professional Leader Award for being an individual under the age of 40 who demonstrates excellence and initiative in her profession. She is recognized for giving back to her community and serving as a role model to both peers and future young leaders. The nominees were submitted by Marion Chamber membership and selected by the Marion Chamber Awards Committee.

“I am immensely grateful for all of Dalus’ contributions to Centerstone,” says John Markley, regional chief executive officer. “It has been and continues to be an honor to work alongside her to further Centerstone’s mission of delivering life-changing care. She is far more than deserving of this award, and I look forward to seeing her continued success first-hand.”

Ben Avi is committed to Centerstone’s mission even outside of working hours. She is a member of the Southern Illinois Substance Abuse Action Team, Franklin-Williamson Substance Misuse Coalition and Jackson County Behavioral Health Action Team.

Watch the video below to see Dalus being announced as the winner and hear her acceptance speech!