Juneteenth: A Day of Liberation 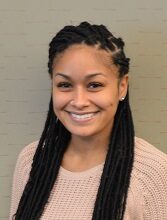 Black can be characterized as the absence of light. Black is often used in symbolism to represent darkness or evil. Being Black in America, these ideas may resonate with many of us, as a result of being stereotyped, discriminated against, and even killed regularly. Being Black in America, we recognize that we are still dealing with the impacts and trauma from slavery generations ago.

As we are all aware, slavery was legal in the United States at one point in time. Presently, our nation acknowledges the Fourth of July as Independence Day. Nationwide, many Americans understand this day as a day to celebrate freedom. What we fail to recognize is that this freedom was not all-inclusive.

President Abraham Lincoln is often given credit in American history for ending slavery, though his signing of the Emancipation Proclamation was limited and only applied to some enslaved people (see more on this here). More than two years after Emancipation Proclamation’s effective date of January 1, 1863, the remaining enslaved Black Americans were officially freed on June 19, 1865. It was this day, in which all Black people in the United States were legally freed from slavery, that later became known as “Juneteenth.” Juneteenth, short for June nineteenth, is considered the longest running African American holiday to date.

Juneteenth is a reminder that Black history is American history, despite the erasure of our history and culture in our country’s education system. It marks a date of major significance in American history and represents the ways in which freedom for Black people have been delayed. Juneteenth serves as a reminder that nobody is free until everybody is free.

So what is freedom? Some would argue that Black people experience the same freedom as anyone else. But, it’s frankly untrue. Freedom looks like not having to navigate a difficult, developmentally appropriate conversation with your children about police interactions before they’ve learned to tie their shoes or ride a bike. Freedom feels like not having to worry about if your hairstyle, tone or dialect will be seen as “unprofessional,” and impact your ability to secure a job or promotion. Freedom is the ability to grocery shop, to wear a hoodie, to simply exist, without being slaughtered, and then having the world argue if your murder was justified. Freedom, simply put, is the ability to breathe. Yet here we are, still, gasping for air.

Juneteenth is not a marketing opportunity, and it is not meant to become a Hallmark holiday. Juneteenth is a day of liberation that deserves to be observed, learned and celebrated in the same way that Independence Day has for so many years. Given the recent social climate and historical context of our nation, Juneteenth continues to hold an especially important place in my heart, and the hearts of many Black Americans.

So what exactly does Juneteenth mean to me? It provides me with a feeling of connectedness and a sense of belonging that I am not always privileged in many spaces due to the intersections of my identity – being Black and being a woman. It fills me with joy, pride and gratitude as I am reminded of what it means to be Black. To be Black is to be proud, artistic, creative, passionate, loving, kind, strong, forgiving, devoted, and most of all, resilient. Just as I wear the color of my skin, I am clothed in resiliency day in and day out. Being Black, just over the past two years, has entailed the following:

As you go on to celebrate graduations, anniversaries, birthdays and all the small victories in between, I urge you to celebrate our nation’s differences and the beautiful cultures you are given the opportunity to see and experience up close. Although black can be characterized as the absence of light, I would argue that the world would be far less colorful without it…without us. Happy Juneteenth!