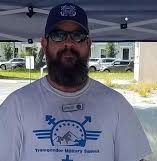 June 2020 will be remembered as one of the most significant months in the calendar year and perhaps in history. As it marks the end of spring and beginning of summer, we emerge from a devastating pandemic health crisis into a social conscious awakening to the mental health and wellness challenges facing diverse populations – their outcries for help, change and hope for the future.

Community-based clinics and clinicians have essential critical role in reshaping both mental health care and overall wellness for LGBTQ people and broader attitudes about sexuality and gender identity, as the community, which is not monolithic and comprised of subgroups, faces unique individual psychopathy and also marginalization.

But this year, in the fallout of COVID-19, community lockdowns, and the protests after the murders of Breonna Taylor, George Floyd, and Tony McDade, Pride celebrations have been cancelled or moved to a digital space.

Meet Centerstone’s Zander Keig, a licensed clinical social worker and outpatient therapist with the Steven A. Cohen Military Family Clinic at Centerstone, in Jacksonville, Florida. A first generation Mexican-American, Keig is one of the most accomplished clinical social workers in the nation. He received the NASW 2020 National Social Worker of the Year, was selected 2018 NASW California (CA) Social Worker of the Year, and was appointed Member of National Association of Social Workers (NASW) National Committee for LGBT Issues (2013-present, Chair 2017-2019). Keig served in the U.S. Coast Guard and was medically discharged (1986-88). A member of the LGBTQ+ community, Keig is a transgender man.  For the first 39 years of his life, he lived as a woman.

Today at the Cohen Clinic at Centerstone, Keig works on the front line in mental health and wellness treatment and care, working with veterans and military family members, including some LGBTQ clients, and issues facing individuals and the community. Keig has lived through and survived the unique struggles and challenges of being an LGBTQ individual.

“I was a messed up little kid, I was bullied, was in a psychiatric hospital and tried to take my own life. My focus is on the resilience. I’m a strength-based therapist. What are the strengths gained by coming through adversity and still being able to thrive? We cannot forget that the circumstances similar to Mr. George Floyd, happens to transgender people, too. Transgender black women are murdered on a pretty regular basis. Similar injustices against discriminated minorities continue to plague our nation. LGBTQ advocates are now calling for a full investigation and accountability into the shooting death of a black transman, Mr. Tony McDade, by a police officer in Tallahassee, Florida, on May 27, 2020,” Keig explained.

Keig believes in a consensus approach rather than one of conflict. “I’ve evolved from being a conflict-based organizer to a consensus-based organizer, and it changed my life. The fight against discrimination and sexism doesn’t produce results if it is conflict-based, which makes demands, threats, pits groups against each other and focuses people to acquiesce. It may be virtuous, but there’s no accountability. Consensus-based organizing produces long-term positive outcomes that come from finding solutions and people working together.”

“There are many LGBTQ people who need counseling, but it is not because of their sexual orientation or gender identity,” Keig explains.

The research, data and facts speak volumes. LGBTQ+ individuals have been bullied, violated and faced family rejection for decades. LGBTQ+ adults are more than twice as likely to experience a mental health condition than heterosexual adults. As a child, having a family and friends who love you and accept you is the criteria for mental, emotional, and physical well-being. Rejection from parents and friends is one of the most powerfully destructive forms of bullying and the life-long consequences are not only painful, but in many cases deadly. Being LGBTQ+ places a person at not only at a higher risk for suicide attempts, but opens the door to substance abuse. Further research from SAMHSA shows us that

Centerstone’s Keig has a positive message of hope for the future: “I want people to not think of LGBTQ people as only victims and people who are mentally ill. I want people to realize that we can face and overcome adversity. We can take people’s angry words, and we can take people’s refusal of a job, and family rejection and either let it drive us to drink or take drugs, or we can use it to do good in the world… We don’t have to turn ourselves into victims, we can be victors. Be resilient. We’re resilient people.”

If you or someone you know is in need of mental health or substance use disorder treatment, Centerstone can help. Centerstone is a safe and inclusive space for LGBTQ+ individuals and their families. Call us today at 1-877-HOPE123 (877-467-3123) or visit us online at www.centerstoneconnect.org.