Knowing the Signs of Depression and Suicide Could Save a Life 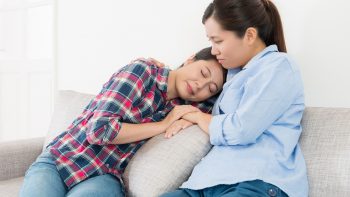 In many ways, our world is more connected than ever before, with social media venues of all kinds providing real-time access around the clock.

However, even with all that connection and communication, suicide rates remain at alarming levels, proving that sensitivity to and awareness of warning signs are critical in providing lifesaving interventions.

It’s not enough just to be in contact; rather, we must become familiar with the signs that someone is in trouble and be willing to speak directly to those behaviors.

Suicide is the 10th-leading cause of death in the U.S., with our nation’s veterans accounting for nearly 20 percent of the 100-plus suicides each day. Middle-aged men (defined as 35-64 years old) now are more than three times as likely to kill themselves as women of the same age. And it’s important to recognize that for every person who kills himself or herself, there are another 25 who make an “unsuccessful” attempt.

Signs to Watch For

While all of these facts can be discouraging, there is power in knowledge. Suicide is preventable in many cases, and we all have a role to play in helping to save the lives of our neighbors, friends and family members. It begins by knowing suicide risk factors, such as:

It also involves showing that you care by asking the hard questions. While many people are fearful of raising the topic, thinking it may cause their friend or loved one to act on suicidal thoughts, such fears are not validated in research. In fact, broaching the subject allows for dialogue that provides encouragement and support. Research shows that asking a person if they are thinking about taking their life can encourage them to share their thoughts and facilitate life-saving interventions.

In addition to the fear of raising the discussion, concerned family members and friends may be negatively influenced by a number of myths surrounding suicide:

Myth: “People who complete suicide don’t warn others about it.”

Fact: Eight out of 10 people who kill themselves give definite clues to their intentions, although some may be nonverbal or difficult to detect.

Myth: “People who talk about suicide are only trying to get attention but won’t really do it.”

Fact: More than 70 percent of people who threaten to carry out a suicide either make an attempt or complete the act.

Myth: “After a person has attempted suicide, they probably won’t try again.”

Fact: People who have attempted suicide are very likely to try again. Approximately 80 percent of the people who die from suicide have made at least one previous attempt.

Myth: “Once someone’s emotional state improves, their risk of suicide goes away.”

Fact: The highest rate of suicide occurs within three months of an apparent improvement in a severely depressed state. Improvement in an emotional state doesn’t mean a lessened risk.

By educating ourselves about these myths and warning signs, we can better understand suicide and feel empowered to take action. Most importantly, we increase our chances to save a life.

Navigating your own mental wellness can be hard, but helping to navigate mental health challenges of a friend or ...
Suicide Prevention

There is a common belief that suicide occurs most often in the cold months, especially around Thanksgiving, Christmas and ...
Suicide Prevention holiday prevention

For many, the holidays are filled with friends, family and constant celebration. People put socialization on overdrive and seem ...
Suicide Prevention

Cyberbullying in the Digital World