What bipolar disorder is, and what it isn’t

Home / Health & Wellness Articles / Mental Health / What bipolar disorder is, and what it isn’t 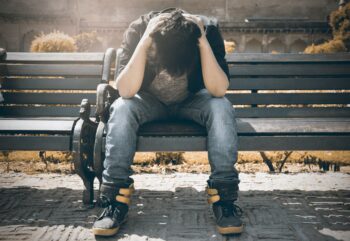 Everyone experiences shifts in mood from time to time. These are often brought about by changes in circumstances, stress, physical ailments or common mental health challenges such as depression and anxiety. Having slight shifts in mood throughout your day is normal.

For some, however, these mood shifts are more sudden and can move from extreme highs to extreme lows. Individuals who live with bipolar disorder experience these uncontrolled extreme shifts in mood as an everyday part of life.

What is Bipolar Disorder?

Bipolar disorder, sometimes known as manic-depressive disorder, is a brain disorder that causes unusual shifts in mood, energy, activity levels and the ability to carry out day-to-day tasks. Symptoms are different from the ups and downs that everyone goes through from time to time and can include extreme lows and highs.

When someone experiences the low, or depression, of bipolar disorder, they can feel sad and hopeless and lose interest in activities. Conversely, when someone experiences the high, or mania, of bipolar disorder, they may feel euphoric and full of energy and engage in dangerously risky activities. Sometimes a mood episode may include both mania and depression, referred to as a mixed state.

Mania (High) may include a long period of feeling overly and inappropriately happy or outgoing; feeling excessively irritable, jumpy or wired; talking fast; being easily distracted and restless; sleeping little; taking on new projects with extremely unrealistic optimism; engaging in high-risk activities without regard for consequences; and at times can involve psychotic thinking.

Depression (Low) may include a long period of feeling worried, empty or sad; feeling tired or sluggish; having problems concentrating, remembering or making decisions; being restless or irritable; loss of interest in activities; and suicidal thoughts and behaviors.

Like most mental illnesses, bipolar disorder is often misunderstood by people who don’t experience it.

Misconception: Bipolar disorder is a rare condition. As of 2017, an estimated 4.4% of adults in the U.S. experience bipolar disorder in their lifetime. A number of well-known historical figures and celebrities have had this condition, including Winston Churchill, Kurt Cobain and Demi Lovato.

Fortunately, bipolar disorder is treatable and people with the disorder can lead full and productive lives. Treatment plans may include medication to control mood swings and symptoms, psychotherapy, group therapy and peer support.

If you or anyone you know is struggling with bipolar disorder, Centerstone is here to help. Call us at 1-877-HOPE123 (877-467-3123) or visit centerstoneconnect.org to get connected with care.

This time of year when the weather is cold, wet, and dreary, there are many days when we’d like ...
featured depression Mental Health

How Can You Cope with a Crisis?

Tragedies happen in our world every day, and many of these tragedies can affect us deeply. Beyond a trauma ...
depression grief

Depression is a very real and disabling condition that affects individuals of all ages and abilities; however, the impact ...
indiana depression