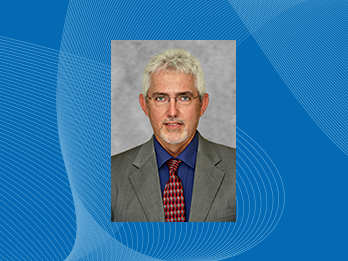 In his new role, Johnson will take on additional responsibilities for leading and promoting growth for Centerstone’s medical records and facilities. Since joining Centerstone in 1994, Johnson has worked in many areas of Centerstone as a mental health technician, unit clerk, accounts receivable manager and managed care contracts manager.

“Roger, with his teams, has facilitated growth in our medical services and helped establish a stellar medical team,” said Larkin-Skinner. “Roger continues to work hard to ensure the success of our psychiatric residency, medical clinic, psychological testing and psychology internship programs.”

Johnson has a BS in Business and has lived in Bradenton, Fla. for more than 45 years.

Bradenton, Fla. — Centerstone is working to address this barrier by offering alternative payment arrangements for in-patient addiction treatment at its Bradenton, Fla. hospital through MDSave, an ecommerce healthcare company. For uninsured consumers or those with high-deductible health plans that aren’t enrolled in government-sponsored insurance coverage, like Medicaid or Medicare, MDsave can be an option ...

Centerstone has produced a new video all about ObservSMART, a proximity-based monitoring system that has been added to its patient care process. The technology promises reliable compliance and reduces risk, errors and costs related to sentinel and non-sentinel events. “This technology is vastly enhancing the way we observe and monitor patients in our care,” Melissa ...

Centerstone’s new therapy program for individuals seeking treatment for severe depression was featured recently on WFLA-TV. Through the program, Centerstone can offer Spravato, a nasal spray that contains the FDA-approved medication Esketamine, and ketamine infusion therapy for people who have been treated for depression with no improvement in symptoms. To learn more about this program, ...

Centerstone, a national leader in behavioral health care, has introduced new therapies for individuals seeking treatment for severe depression. The organization is now certified to offer Spravato, a nasal spray that contains the FDA-approved medication esketamine, and ketamine infusion therapy in Florida. Spravato nasal spray and ketamine infusion therapy are specifically for adults who have ...

Florida Department of Labor Grant for Trainings and New Hires

The opioid crisis affects millions of Americans and continues to take a huge toll. Thanks to a $500,000 grant from the Department of Labor, recovery is becoming more of an option. Centerstone will offer temp jobs and hire LPNs who’ve completed school thanks to the grant. Doing so will help others who’ve been impacted by addiction ...