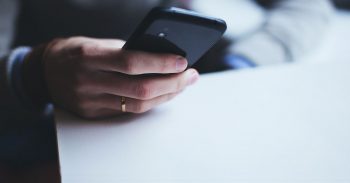 The Senate Committee on Commerce, Science, and Transportation unanimously cleared a bipartisan bill sponsored by Senators Gardner, Baldwin, Moran, and Reed on Dec. 11, 2019, to designate 988 as the national suicide prevention and mental health crisis hotline. Centerstone applauds Senators Cory Gardner, Tammy Baldwin, and Jerry Moran for their efforts in passing the bill– S.2661 – out of committee.

An easy-to-remember three-digit hotline for mental health and suicide prevention would make crisis resources more accessible and help save lives. According to the Centers for Disease Control and Prevention, suicide is the 10th leading cause of death overall. For people ages 10-34, it is the second leading cause of death. Additionally, nearly 1 in 5 American adults experience mental illness in a given year, yet only about 40% receive treatment, according to a 2018 report from the National Alliance of Healthcare Purchaser Coalitions.

“A dedicated three-digit number for those experiencing a mental health crisis would be a landmark step for the field of mental health; making it easier to support those in emotional pain and begin the journey toward healing,” said David C. Guth, Jr., CEO of Centerstone, in a statement following the Federal Communications Commission’s Dec. 12 hearing about the crisis line.

Centerstone and a coalition of over 40 other behavioral healthcare organizations and nonprofits continue to extend its strong support for The National Suicide Hotline Designation Act to establish 988 as the three-digit telephone number for a national suicide prevention and mental health crisis hotline.

Visit centerstone.org/legislative to follow us on the journey of making this national service a reality.

Support for the National Suicide Hotline Designation Act is led by national organizations dedicated to increasing Americans’ access to ...