The Pitfalls of Perfectionism 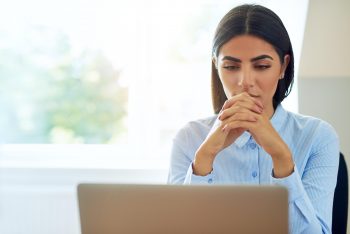 Do you lead a life of constant anxiety, fear of failure and obsess over every little bitty mistake? If so, you may be a perfectionist. Perfectionism is a very unhealthy way of living, masked as the pursuit of being a great achiever and always wishing to reach the ideal. Let’s look at some signs of perfectionism and how to avoid this neverending trap.

Three signs you are a perfectionist:

Fear of failure
Fear of failure, disapproval or making mistakes are perfectionists’ nightmares (living nightmares)! They have an irrational belief that all things must be perfect. They cannot adjust their expectations. Failures are fatal.  Mistakes seem like the end of the world. Mistakes will reveal the truth – that the perfectionist isn’t always perfect. Being average or even great is not acceptable. So they beat themselves up over each slipup. Lack of perfection implies lack of control – a fear at the core of any perfectionist. Great achievers will accept mistakes, failures, problems and imperfections as part of being human. A perfectionist won’t!

Having unreasonable goals
No matter how hard they try and how many goals they achieve, a perfectionist’s accomplishments are never quite good enough. They often have unreasonable and unreachable goals and visions. They are frantic and fearful they won’t get things done. They believe success and personal worth is measured by achieving goals, avoiding mistakes and receiving approval from others. This all-or-nothing way of thinking and their tendency to overemphasize what they could have done better can cause a vicious cycle of self-defeating thoughts and behaviors. Setting unrealistic goals with perfect standards can result in self-judgment and ultimately a failure to try new things in the future.

Judgmental of self and others
Perfectionists are rarely happy, and whatever joy they do experience usually doesn’t last long. Perfectionists put themselves (and those around them) under tremendous, persistent pressure. It isn’t pretty or pleasant. Whatever happens –no matter how wonderfully something turns out– perfectionists are conscious of how the situation could have unfolded more perfectly. Whatever they do, perfectionists are painfully aware of how much better they might have performed. Be aware that perfectionists are often critical of the people around them. They may not realize they are acting harshly toward other people, but this is a trait that plenty of perfectionists display. When dealing with a perfectionist, expect that nothing you do will ever be good enough.

Three steps to avoid the trap of perfectionism:

Recognize perfection is an unhealthy illusion
A perfectionist must first realize that perfectionism is an undesirable behavior, an illusion, not real state of being. There is a big difference between striving for excellence and striving for perfection. Excellence is attainable, because, by definition, it allows for the possibility that we will fall short of perfection. Excellence presumes we are doing the best we can do on a project. Pessimism and depression are consequences of perfectionism. Needless to say, being perfect is an impossible task and a perfectionist easily runs the risk of feeling down and depressed. Perfectionism can also come in the form of Obsessive-Compulsive Disorders (OCD) or eating disorders.

Change self-defeating thoughts and behaviors
Perfectionism comes from the way in which you think and particularly the way in which you talk to yourself in your mind. If you can change the way you talk to yourself, you can learn to demand less from yourself.  Perfectionism is often accompanied by thoughts like “I’m an idiot” or “I am bad.” This invalidation of yourself leads to shame, hopelessness and giving up before you have started. If you tend to have perfect standards for yourself and are quite hard on yourself, try practicing self-acceptance. Notice those judgmental thoughts and replace them with more accepting thoughts like “I tried my best” or “It’s not perfect, but it’s pretty good.”

Confront fear of failure
One of the biggest challenges for a perfectionist is how to deal with a criticism and perceived failure. Most perfectionists don’t ask other people for help. They don’t want to be seen as weak. They don’t want other people to think they need help with anything. In other words, they want to be perfect. As with any other fear, a perfectionist should confront the fear of failure and imperfection by asking himself a series of questions. What am I afraid of? What’s so wrong about making mistakes? What is the worst thing that could happen? View mistakes as learning opportunities. Risk making a slip up, or, better yet, try messing up on purpose and see what happens! You may be shocked to learn that nobody noticed!

Truly conquering perfectionism requires a complete overhaul of how you view yourself and others. It may require professional counseling.

Shifting from year to year without taking a break can make you feel like you are going through the ...
Mental Health tips and life hacks New Year

For some, the season of giving might feel more like the season of stress. People typically celebrate the holidays ...
holidays Mental Health tips and life hacks

How Setting Goals can Positively Impact our Mental Health

The New Year can often bring goals and expectations that are impossible to keep up with. Instead of focusing ...
tips and life hacks New Year Goals

Halloween is one of the most highly anticipated holidays for fun festivities, but it might look a little different ...
holidays Mental Health tips and life hacks

5 Ways to Boost your Productivity

It is next to impossible for anyone to be 100% productive or motivated at all times. Most people need ...
productivity Mental Health tips and life hacks