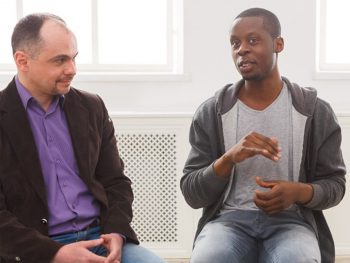 Depression is a common illness that we often hear about, yet ironically usually have difficulty recognizing, particularly in ourselves. Therefore, oftentimes too many people living with depression don’t seek proper treatment. However, by arming ourselves with the facts about the illness, we can learn to distinguish it from a simple case of the “blues,” understand the symptoms and underlying causes and therefore seek effective treatment. Remember, depression is common, it’s more than just feeling down and most importantly, depression is treatable!

1. Depression is common
Depression is a common, yet serious, illness that affects 20 million Americans each year. If you or someone you know is depressed, you are not alone. At least one person in ten will have depression at least once in his or her life. Depression in its various forms (anxiety, stress, insomnia, fatigue, vague aches, and pains, etc.) is one of the most common problems seen by doctors.

Women experience depression at a rate that is nearly twice that of men. The reasons may include things like: hormonal changes, coping with multiple responsibilities, persistent negative thinking, and low self-esteem, genetic reasons, medication side effects or situational reasons. Many women are also particularly vulnerable after the birth of a baby. The hormonal and physical changes, as well as the added responsibility of a new life, can be factors that lead to postpartum depression in some women. While transient “blues” are common in new mothers, a full-blown depressive episode is not a normal occurrence and requires active intervention.

Although men are less likely to suffer from depression than women, 6 million men in the United States are affected by the illness. In fact, the rate of suicide in men is four times that of women (though more women attempt it). Depression may be more difficult to recognize in men because instead of feeling hopeless and helpless, men will exhibit irritability, anger, and discouragement. Men often mask their depression with alcohol, drugs or by the socially acceptable habit of working excessively long hours. Additionally, men are less likely to admit to depression and doctors are less likely to suspect it. Even if a man realizes that he is depressed, he may be less willing than a woman to seek help. Encouragement and support from concerned family members can make a difference.

2. Depression is not just feeling down
Depression is a mood disorder that causes you to feel sad or hopeless for an extended period of time. It is important to know the difference in clinical depression and having the blues. Depression is an illness that robs one of the meaning of life. Depression is not about being weak, and it is not about just feeling low or having a few bad days. A depressive disorder is an illness that involves the body, mood, and thoughts. It affects the way a person eats and sleeps, the way one feels about oneself and the way one thinks about things. A depressive disorder is not the same as a passing blue mood. It is not a sign of personal weakness or a condition that can be willed or wished away. People with a depressive illness cannot merely “pull themselves together” and get better. Many people with depression produce a higher-than-normal level of the stress hormone, cortisol. Cortisol suppresses the immune system. People with poor health may run from doctor to doctor putting out one fire after another when the underlying cause may be depression.

Depression affects the length and quality of life. It is the No. 1 cause of alcoholism, drug abuse, and other addictions. Depression can be an all-pervasive emotional-mental-physical source of misery. It can affect all aspects of a person’s life, impairing ability to sleep, eat, work and get along with others. It damages our self-esteem, self-confidence and our ability to accomplish everyday tasks. Depression is not just feeling down; it puts a dark, gloomy cloud over how we see the world, our future and ourselves. The cloud cannot be willed away, nor can we ignore it and have it magically disappear.

There is also a link between stress and depression. There is a complex relationship among stressful situations, our mind and body’s reaction to stress and the onset of clinical depression. It is clear that some people develop depression after a stressful event in their lives—the death of a loved one, the loss of a job or the end of a relationship. Stress can also occur as the result of a more positive event such as getting married, moving to a new city or starting a new job. It is not uncommon for either positive or negative events to become a crisis that precedes the development of clinical depression. Depression can be seasonal as well as situational with some finding the dreariness of winter months particularly tough. This is called SAD – Seasonal Affective Disorder. Below are some core signs and symptoms common with a variety of types of depression:

The Seven Symptoms of Depression:

If you experience any of these distressing symptoms for more than two weeks you should contact your doctor. And you should seek help immediately if you feel you can “no longer take it” or feel like ending your life and suicide is the only option.

The two main pillars of treatment for depression – natural and synthetic antidepressant medications for the brain, and psychotherapy for the mind – are mostly natural processes.

Psychotherapy is a common type of counseling that mostly involves talking – a natural process. There is no brainwashing. Prescription antidepressant medications simply restore the brain’s natural levels of certain naturally produced neurotransmitters. You don’t “feel” antidepressant medications in the way you feel other mood-altering drugs such as alcohol, tranquilizers or amphetamines. The improvements experienced with antidepressants seem to come from re-establishing natural levels of certain neurotransmitters produced by the brain.

People often benefit by gathering with others going through similar experiences. Those who are healing from depression are no exception. Support groups are an excellent place to share experiences, suggestions, information, and, obviously, support. Perhaps the most important knowledge to be gained from support groups is that you are not alone.

Four ways you can begin the healing process:

If you need help dealing with depression, contact us today.

We know that there isn’t one solution that works for everyone, so our treatment options include you in the decision-making process.

If you are in crisis, please call our crisis lines, call 911 or visit the nearest emergency room.

What bipolar disorder is, and what it isn’t

Everyone experiences shifts in mood from time to time. These are often brought about by changes in circumstances, stress, ...

This time of year when the weather is cold, wet, and dreary, there are many days when we’d like ...

Centerstone’s new therapy program for individuals seeking treatment for severe depression was featured recently on WFLA-TV. Through the program, ...

How Can You Cope with a Crisis?

Tragedies happen in our world every day, and many of these tragedies can affect us deeply. Beyond a trauma ...